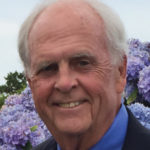 David Barlow joined the Fairwinds board in 2018. He is a professor of psychology and psychiatry emeritus and founder of the Center for Anxiety and Related Disorders at Boston University. He is widely published for his research into the nature and treatment of emotional disorders. Fairwinds is fortunate to have someone on the board who is so knowledgeable in the field of psychiatry and psychology and his numerous awards attest to his expertise. Awards include the two highest in psychology, the Distinguished Scientific Award for Applications of Psychology from the American Psychological Association and James McKeen Cattell Fellow Award from the Association for Psychological Science honoring individuals for their lifetime of significant intellectual achievements in applied psychological research. David’s real claim to fame is that, at age 12, he played in the Little League World Series, though he says his athletic career has gone downhill since then. He was drawn to join the board because “Fairwinds provides essential behavioral health services to the island, facilitating health and wellbeing for thousands of individuals and their families.”