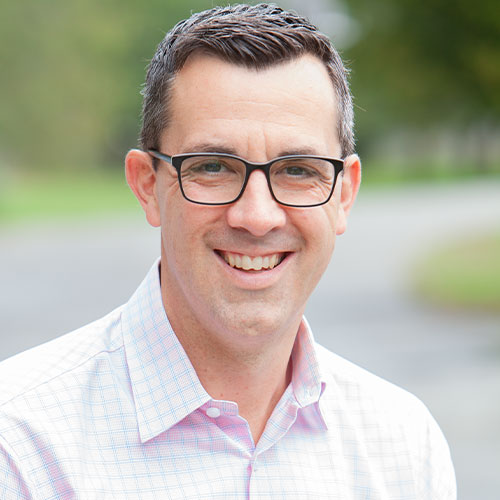 Jason Bridges has been a dedicated and passionate public servant and social entrepreneur on Nantucket for twenty-two years since moving to the island. He has also been an outspoken supporter of Fairwinds and the importance of behavioral health. Now he brings his passion for helping others, along with his extensive experience as an entrepreneur, executive director, and public servant to his role at Nantucket’s oldest behavioral health non-profit.

Jason founded Nantucket Bike Tours, providing vehicles for people to experience the island’s rich history and natural beauty. After seven years as the owner and operator of the community-based Handlebar, Jason recently sold the business. During his years running the coffeehouse downtown, Jason was a strong supporter of The Clean Team which leads downtown cleaning efforts every Saturday.

A committed community supporter, Jason walks the walk. He has served on the Town Select Board for four years and was named Chair in 2021. He has also served on the boards of A Safe Place, the New School, the Chamber of Commerce, and NCTV18. He hosts the podcast “Bridges to Leadership” to inspire and facilitate successful relationships among Nantucket residents. Jason also provides public speaking workshops and courses on emotional intelligence. His TEDx talk “Practicing Emotional Intelligence” has over 300,000 views.

Jason and his wife Courtney are the proud parents of 3-year-old Eloise.